THE SOCIETY OF SWEDISH LITERATURE IN FINLAND

The Society of Swedish Literature in Finland (SLS) was founded in 1885, with one of its central missions being to collect evidence of Swedish-speaking culture and history in Finland. Documenting Swedish-speaking folklore, dialects, and folk culture was actively pursued from the start. In 1937, this work was further developed through the establishment of the Archives of Folk Culture, with archivists working according to modern scientific methods. The Ostrobothnian Archives of Traditional Culture (est. 1982) joined as a regional archive in the 1980s. In 2008, the Institute of Finland-Swedish Traditional Music was integrated with SLS in Vaasa. The archives now jointly function as the SLS Archives in both Helsinki and Vaasa.

The SLS Archives comprises large collections of oral tradition (fairy tales, proverbs, legends, etc.), dialects, place names, folk music and ethnological descriptions. During the course of the 20th century the documentation work was expanded to include urban populations and different social groups in addition to traditional farming and fishing communities. Today, the Archives has material on a wide range of topics such as school traditions, hobbies, food traditions, rituals, festivities, everyday life, etc. The aim is to continuously document the contemporary world including everyday life and societal phenomena and trends. The SLS Archives houses written records, sound recordings, films, and a large collection of photographs. Material is collected through fieldwork, questionnaires, and donations. 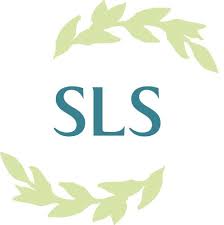